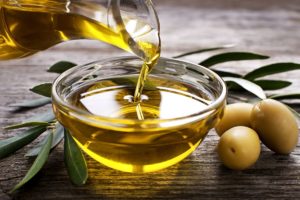 Extra virgin olive oil is, certainly, one of the most used products on our tables; but how well do we know it? It might appear familiar, yet there is plenty to understand and know about this noble fruit transformed into liquid gold; its uses on the table and in the kitchen for example but also the production is as much fascinating, from the origin and the quality of the olives, the varietal differences and the various types of extra virgin olive oil that the market can offer. To expand the knowledge of this product it is recommended to visit the producers, during the harvest time, so that you can pick the olives from the plant with your own hands and taste one, enjoying this fruit entirely. Let’s start by analyzing the region of Puglia, which is definitely the main territory in terms of productivity and extension of the Italian olive oil industry, contributing by 20% to the establishment of the value of the national olive production. First of all it is necessary to understand its geography and climatology, and then every area and each cultivar.
The Apulian territory is geographically flat for more than half of its extension, with altitudes that generally do not exceed 100 meters and with hills that do not exceed 700 meters of altitude. The mountain area is limited to the Apennine branches of the Daunia mountains, which overlook the board. Despite the increasingly widespread climatic changes, this region boasts of a rather uniform temperate-warm climate, which contributes to the cultivation of the olive trees, with the exception of some areas of the Gargano and the Appennino Dauno Sub , where there are strong thermal excursions. Equally, the rainfall contributes to the growth of olive trees in this region, it varies from 450 to 700 mm with a major concentration in the autumn-winter period. Over the past few years, the production of olive oil has decreased due to various causes that are arising in the Apulia olive-growing territory; the main cause seems not to be the Xylella, or the mushrooms and insects, yet the Complex of the Rapid Desiccation of Olive (CoDiRO). However, in the year 2017/2018, despite the 58% drop in production, Puglia remains the major region for production, with 87 million kilos; the total hectares of cultivated areas are 378,000, with 240,000 farms and 1,200 active mills, 250,000 tons of oil produced and 5 denominations for protected origin (PDO).
These numbers are fascinating and certainly, they give an overview of the extent of the regional olive grove heritage. Now, let’s analyze the various lands of cultivation of the region, these are:

As for the cultivars and their relative areas, we can divide the region into three main macro-areas: the area of ​​Foggia, the Province of Bari and Salento.
In the area of ​​Foggia, whose territory is distinguished by the ‘sanseverese vase’, an inverted cone-shaped breeding system, the varieties that prevail are the Peranzana, highly sought after for its dual consumption, with a delicate and fruity organoleptic character to the nose and a sweet taste to the end. In the Gargano area, instead, the Ogliarola stands out among the oldest known varieties, from which a generally fruity oil is obtained with medium-high intensity and it gives pleasant hints of tomato and almond and a slight sensations of artichokes; bitter and spicy on the palate are perceptible, but with great balance. In the area known as Basso Tavoliere, among the tableware stands the Bella di Cerignola, also called as Spain’s olive, and the Coratina cultivar, whose oil has intense and decisive aromas, a taste of artichoke and herbs, strong and intense flavor and a bitter and spicy incisive taste.In the district of Bari, olive growing used to be rare except in small areas, where we find the Ogliarola variety, later re-established in Coratina.
In the area of Salento instead, it seems that since the period of permanence of the Saracens, there has been interest and care for olive growing, in this area we find the variety of olive Cellina di Nardò, also known as Saracena, from which is obtained an average fruity oil, with hints of grass, almonds and artichoks and with a medium-high bitter and spicy taste on the palate. The topic on olive growing in Puglia is so rich and multifaceted, it deserves more attention and protection, a conscientious recovery of good agronomic practices, the stimulation of different forms of organic farming, as well as the increase of biodiversity through the breeding of the different varieties of olive trees associated with other herbaceous plants and fruit trees, just like they used to do in the past.