Salted cod fish, it is not a fish but a processing method

Salted cod fish, it is not a fish but a processing method 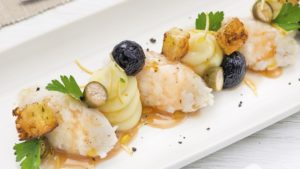 Before analyzing the characteristics of this food, it is necessary to start from the origin of the name that describes it; in most places in Italy, the word Baccalà – of Spanish origin and of Flemish ancestry – indicates a preserved cod; therefore the cod is not a fish, but the processing method for the cod of the Gadus Morhua species. Basically, there are two methods of conservation of this fish, salting and drying, which are identified by the words Salted Codfish for the salting and Stockfish for the drying, creating sometimes a bit of confusion (in some territories, mainly in Veneto, many recipes use the word salted codfish but they indicate the stockfish instead).
Although it is really popular and used in the Italian cuisine, it is important to state that it is not a fish that comes from our seas; in fact the “real codfish”, the Gadus Morhua, mainly known as northern cod or white cod, comes from the North Seas, the Baltic Sea and the North Atlantic. In the Mediterranean Sea there is another type of cod – the hake or silvered cod, therefore it is not white like the northern one and it is not suitable for salting methods.
In addition to Morhua, there is also another species that is preserved in salt in order to make the cod, the Gadus Macrocephalus, which lives exclusively in the Pacific Ocean, in the area between the Bering Strait and the Pacific coast of the United States.
Most of the fishes, which can be turned into cod and/or stockfish, are fished mainly in the seas of Northern Europe, in the area between Iceland, Denmark and Norway and only a small part comes from the Terranova peninsula in Canada. Particularly in Norway, the Lofoten Islands, an archipelago made up of many small islands that form part of the Arctic Polar Circle, are home to stockfish, but despite the development of tourism becoming significant, fishing continues to be their main activity.
80% of the salted codfish and stockfish used in Italy is imported from the Lofoten Islands, especially in Campania. It should also be noted that Norway is the only stockfish producer in the world, where production is linked to seasonal cod fishing in the months between February and April in the north of the country, particularly in the Lofoten islands. The fish is processed immediately – eliminating the head and the entrails – washed and left to dry for about four / five months outdoors on special racks. This type of process and processing, allows to preserve the high protein content and the nutritional properties of the fish, also because the drying takes place naturally, due to the exposure to the sun and the wind with the contribution of the rain that makes the process gradual. During summer, the breeder (vrakeren) begins to classify the fish by dividing it into various classes ranging from size (length, size and weight) and quality (first and second quality). The cod instead, once deprived of the head and the viscera, is cut using the butterfly method (from the belly to the tail), washed and dipped in a very concentrated brine for a week; it is then placed on a pallet alternating with layers of dry salt and left to mature for three to four weeks. Regarding the size of this cod, the Gadus Morhua can reach the length of 1, 65 meters and the weight of 45 kg, it has an elongated but massive profile, its body is covered with very minute scales. In Italy these cods are imported fresh, beheaded and also filleted, as well as frozen. 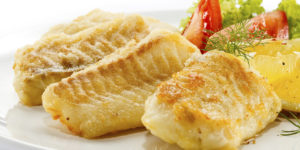 When and how did it arrive in Italy, becoming a product so sought after and used in our gastronomic tradition?

Once considered a poor dish, it was introduced by the Venetian patrician Pietro Querini, merchant, ship owner and navigator, who discovered it in 1431, following the sinking of his transport ship. A further contribution to its diffusion is due to the Church of the Reformation, in 1563, when the Council of Trent established the rule of eating lean, with the prohibition of consumption of meat in the days of Lent, Friday and other holidays commanded , with a consequent increase in the demand for fish.
Many recipes tie this fish to the Italian gastronomic tradition, it should be remembered that before being cooked, the stockfish and salted cod must be subjected to a bath in cold water to remove salt and rehydrate the fibers. The timing will vary depending on the size, for example for small ones will be enough 2-3 days, while it will take 10-12 days for the ones that weight 5 to 10 kg. This is the only way to give life to a product with a soft and delicate consistency, with that sapid touch that makes it irresistible.