Italy is a country where the gastronomy has an important impact and it is indissolubly linked to its many cultural aspects which is the result of an ancient tradition that has always combined the food and wine macro-world with important moments in the history of our country.
An extremely dynamic and constantly evolving industry, which draws from the past and which nowadays involves various professional figures and various fields, from the chef, the sommelier to the entire staff, up to qualified professionals linked to the communication and promotion of Made in Italy.
Let’s start from history and see the food as a broader cultural concept and the importance of the relationship between food and man.
The aspects of quality and genuineness of food go hand in hand with the tradition established in the cultivation activities of the people and with the result of millennial experiences with which today are linked strong scientific and technological innovations. Food, today as in the past, is one of the main factors that define a civilization and it is strongly connected to the social and cultural sphere and it contributes to the creation of a sense of belonging, to roots, “to cultural identity”.
If someone would think of the numerous paintings and messages focused on the life and the most significant products (oil, wine and wheat) handed down from the ancient Rome, it becomes immediate the reconstruction of an exhaustive picture of food and production habits of the major ancient people and the link to the life and needs of today.
The figure of Pellegrino Artusi is fundamental, a sure point of reference for Italy, with which one has unity and definitive arrangement of national and regional traditions.
After the Second World War, there is a turning point in eating habits and taste, not only as a result of the different rhythms of life, but also because of the spread of American models, with quick and light meals, leading to a progressive homogenization of taste . 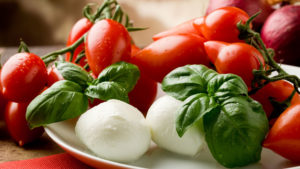 Later in the nineties, everyone went back to the so-called Mediterranean diet (to be understood as a way of life and not just as a diet), in which pasta made from different cereals, legumes and olive oil prevailed. . Slowly we have therefore regained possession of the many peculiarities that characterize our country; The Italian cuisine is therefore a journey of flavors, aromas and traditions that goes from north to south and that combines the discovery of many products with unique places of their kind.
That is the reason why we speak of cultural identities that are built over time, through confrontation and continuous exchange, capable of reinforcing knowledge and flavors as common values.
“A reference food homeland is a building that is both critical and affective, made of reason and sentiment, necessary to affirm the value of biodiversity, without falling into local rhetoric or even absolute relativism, which equates all foods and non-foods and cancels all the diversities. The risk of falling into a single, exclusive, homologous food model must be avoided. It means understanding the historical, mobile, controversial nature of a Mediterranean diet to be realized, with the awareness that there are no islands escaped to modernity and that the diet consists not only of the quantity of recommended nutrients, but it is linked to a more general lifestyle and new models of production and consumption“.